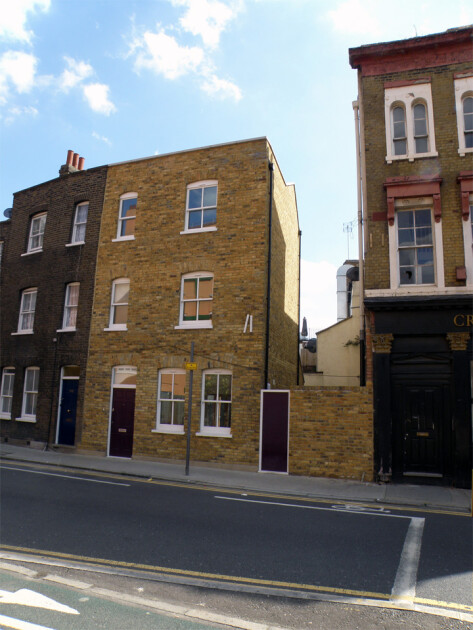 A single-family home situated at the end of a 19th century terrace.

As this part of Cable Street is grade II listed the neighbouring elevation had to be mirrored. It took a lot of effort to prevent the rooms from having the same function as in the neighbouring building. Within this narrow frame, it was still possible to span one living space with a kitchen from the street front to the rear patio. There are also three bedrooms to the upper floors.

The cavity brick wall was chosen to be the same colour as the original bricks of the neighbouring house, the different impression is due to environmental impact/pollution...